“I started the fire.”

A voice broke the silence that filled the room.

Startled, Em knocked over her sealed Nalgene water bottle, which clattered loudly to the floor. Not bothering to pick it up, she rose from her chair, struggling to keep from cursing at the sudden interruption.

Quickly, she walked around her desk, meaning to catch whichever boy had snuck downstairs past dorm time. Nobody. The office wasn’t nearly big enough to hide in, it was barely more than a closet stuffed with two desks. Perplexed, Em stepped from the small office and into the large cafeteria in which it was located.

The overhead lights, ancient as they were, hummed steadily overhead. Nobody here either. The tables were folded and stored to the side of the wall on the far end of the room opposite her office with the plastic chairs stacked neatly beside them. The cafeteria was big enough to hold the entire facility, between the staff the residents and the day-school students, there were well over a hundred people, she guessed. And when it was packed away like this for the night, it was almost cavernous. Again, nowhere to hide, she was alone.

A small crew of residential kids had been down here only fifteen minutes earlier, loudly sweeping and mopping as part of chore time. She’d laughed along quietly while doing her work in her office as the crew of teens joked with each other in the next room while they cleaned, occasionally turning the volume up just a bit too loud on the beat-up antique of a boombox that lived in the mop closet whenever a favorite new hip hop song played. Randall, the staff member supervising the clean-up, wasn’t the type to silence the kids – unlike many of the staff there – but Em always loved to hear the kids enjoy themselves, so she had no complaints.

That didn’t mean she didn’t enjoy the silence too, when it came. The gentle hum of the building was usually a soothing song to which she would finish the last of her days paperwork.

Suddenly, standing alone in the large cafeteria searching for a disembodied voice, the silence was oppressive — thick. Em was certain she’d heard the voice speak, just as she was certain she was alone. It had been a boys voice, in the limbo of early puberty – deep but still youthful.

Still hoping it was a prankster trying to startle her, Em walked into the main hallway of the building, walking a few feet to the left then the right, searching for some sign of one of the residents. Seeing nobody, she walked back into the cafeteria and checked that the doors to the pantry and kitchen were securely locked. They were.

She walked slowly back to her office, ears perked for the slightest sound of movement, eyes scanning closely even as she lost hope of finding anyone. Sitting back at her computer, she rubbed her forehead and tried not to think too hard.

She’d heard the stories of the ghosts that haunted this aged building, of course. One of the supervisors who had conducted her tribunal-style job interview had even jokingly asked if ghosts were a deal-breaker. But she always laughed it off whenever it came up, feeling like it was just a running joke. Having been a lifelong skeptic towards anything she couldn’t observe, she’d never once considered that anyone could have been serious.

But here, without warning, she’d begun to feel close to thinking things she simply didn’t want to think. She considered streaming a playlist from her phone to break the silence, but her shaking hands struggled to navigate the touch screen. Her eyes just couldn’t seem to focus on her computer monitor when she attempted to return to the email she’d been drafting.

Giving up, she packed her belongings into her backpack and promised herself she’d come in early the next morning to finish up.

END_OF_DOCUMENT_TOKEN_TO_BE_REPLACED

Watching from the moon night shadows, his dementia distorted her, remade her, morphed her into Dream Girl. Standing in the small clearing, she was radiant and stunning, a vision of love and adoration; a delusion of lust and wanton possession. The silky skirt molded around her, clinging to her thighs, and the sweater hugged her body, amplifying her plentiful breasts.

Seemingly unconcerned and unaware of her admirer, her stalker, shadowing her as she meandered without a care in the world, Dream Girl stepped off the sidewalk. She started strolling across the grass, snaking her way among Denver City Park’s multitude of trees. The zoo and museum were closed. There were no late night joggers or strolling lovers. It was after midnight and the empty park was illuminated by June’s bright full moon. The Strawberry Moon.

Strawberries, her admirer thought, the color of blood. Would her blood taste as sweet?

As her stalker moved with the stealthy grace of a puma, Dream Girl paused, her head turning so her beautiful, moon-washed features stood out in the darkness. Her expression grew curious and for a fleeting moment, the hint of a frown touched her exquisite mouth.

He knew that Dream Girl sensed him. He was predator, she was prey. His smile was feral. Yet, as he watched, her frown vanished and her expression grew impassive. That annoyed him. Soon she would comprehend the danger and like all prey, her blood would turn cold, her gut would clench and she would run. Run for her life. Run to her death.

The stalker sighed at the thought. The chase. The inevitable capture. The consummation of his desires and his lust.

Dream Girl paused for only a few scant seconds and then resumed walking among the trees. If she was worried, it did not show. Her stride was leisurely, her exquisite body relaxed. Moving effortlessly, she exuded the easy confidence of one unconcerned about the night and the moonlit darkness and what might lurk in it. Her naiveté heightened her stalker’s hunger. At the end, innocent prey was so gratifying. The struggling. The screaming. The begging.

END_OF_DOCUMENT_TOKEN_TO_BE_REPLACED

“The Stigmata of Miramont Castle” is the third of several Colorado-based short stories written by local authors we’ll be publishing on the Denver Horror Collective website and in The Epitaph newsletter, as a lead-up to the fall release of Terror at 5280′, our local horror fiction anthology. 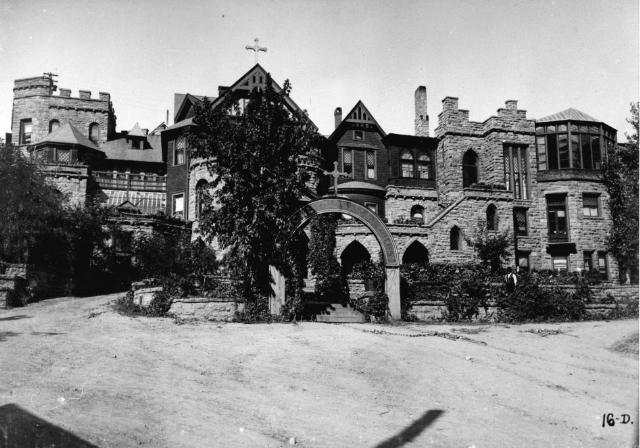 The Stigmata of Miramont Castle

The octagonal room boomed with unseen forces. It reeked of rotten wood and stale incense. The wallpaper was a light blue Fleur-de-lis pattern and had gone untouched since the castle had been built in the late 19th century. Rust lined the metal light fixtures. The pulpit was uneven and inappropriately small. A statue of Christ adorned the southern wall with first light beaming across his cheek. The chapel was the highlight of Miramont Castle.

Lucinda was Miramont’s tour guide. She was an older woman, with thick dyed black hair. Her voice was nasal, with a condescending tone. She spoke slowly and deliberately to the sole attendant of that morning’s tour.

“The room was Father Francolon’s dining hall,” she continued. “It was converted to a chapel by the Sisters of Mercy, who assumed control of the estate, after his return to France. They renamed the site ‘Montcalme’.”

“And what does that mean?” asked the elderly guest.

“Calm of the mountain,” answered Lucinda.

Lucinda excused herself from the room, as the elderly woman continued to admire the fine woodwork. She circled about the chapel, imagining herself back in time. She breathed in deeply, and the smell of the room overwhelmed her. She grabbed the pew to steady herself.

It was at this moment she became witness to the miracle. The statue of Christ came alive. The hands, feet, and chest oozed blood, pouring out the plaster statue and onto the wooden floor. The face turned to the elderly woman and smiled. Blood began to pour from his thorny crown.

The elderly woman approached the statue. She blessed herself and thanked God for bestowing this honor upon her. Emotion overwhelmed her and she nearly fainted, limping casually backwards into the chapel wall, scratching the blue wallpaper with her hand.

Lucinda rushed into the room and witnessed the stigmata. She took out her phone and snapped a few photos of the miracle at hand. She turned her attention to the elderly guest, who was on the verge of passing out.

The elderly woman cupped her face in her hands, rubbing her temples, then her eyes. Tears streamed down her face. She regained her posture and embraced the moment.

“I’ve waited my whole life for a miracle,” she said. “I can now die in peace.”

At that moment, the elderly woman went limp. She fell to the ground like an anvil, striking the creaky floor below.  She was noted to be lifeless upon impact.  Lucinda called for help, and by the time first responders arrived, the old woman was dead.

END_OF_DOCUMENT_TOKEN_TO_BE_REPLACED

“First Breath” is the first of several Colorado-based short stories written by local authors we’ll be publishing on the Denver Horror Collective website and in The Epitaph newsletter, as a lead-up to the fall release of Terror at 5280′, our local horror fiction anthology.

[Author’s note: The setting of ‘First Breath’ is loosely based on the cafe and bar Loaded Joes in Avon, a favorite place to write (and sing karaoke) when I’m in the neighborhood.] 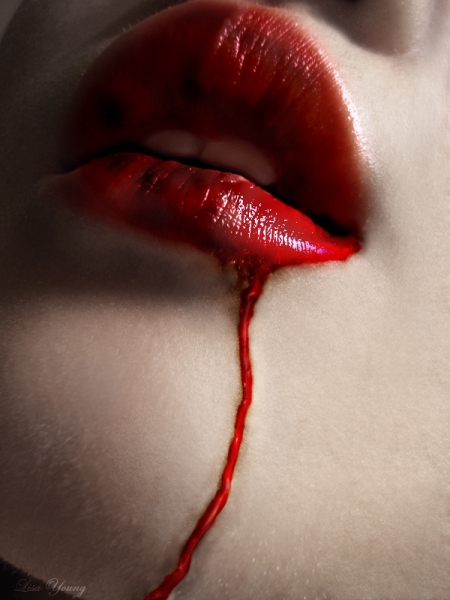 It was time I went in search of myself. Everyone has to do it once in their lives. Each of my parents had, years before, and now I felt the pull that said it was my turn. Time to make my own pilgrimage.

They saw me off, standing in front of the house and watching me drift down the road. “Remember what we taught you,” my mother said. “One foot in front of the other. You’ll do fine.”

“Hurry home as soon as you can,” said my father, a wry smile hiding the sadness of parting. “You’ll want to be here when the baby arrives.”

I could only nod, looking first from face to face then down at the place where my unborn sibling waited to be breathed into life. I wanted to take their hands. I wanted to hold them and never let go.

But I couldn’t touch them. I could not even speak. Not yet.